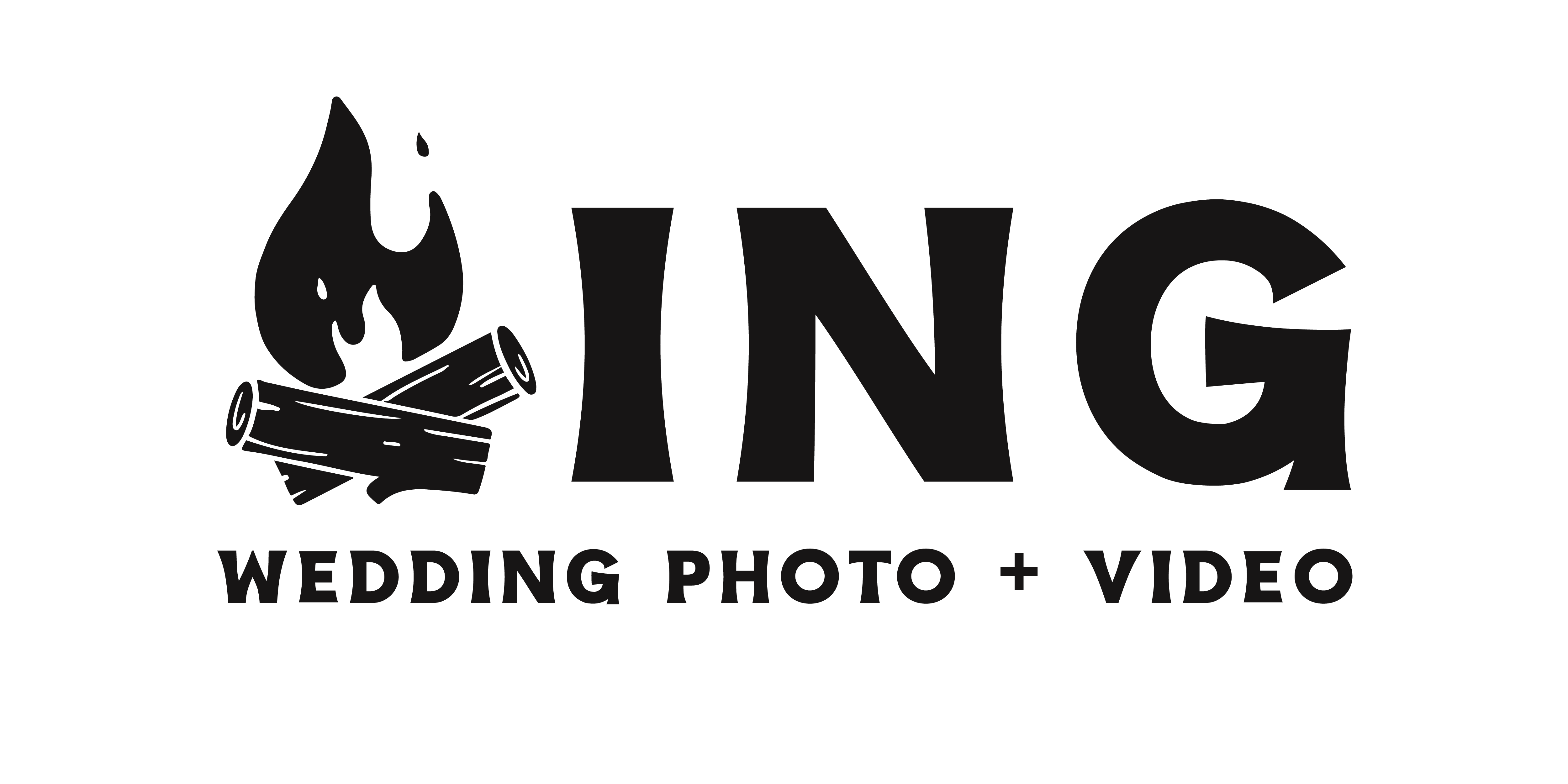 Our wedding was an adventure.

As wedding photographers we’ve seen tons of beautiful, large southern weddings-but that just wasn’t us. We wanted to look back on our wedding day as the best day of our lives. We didn’t want to just say that, we wanted to mean it. For us, a perfect day would be exploring a place we’d never seen before, so we decided to elope with a few close friends and family in Yosemite National Park, California. We wanted an adventure, and we got just that.

Thirteen days before we were supposed to fly across the country, Fire Ferguson was reported in Sierra National Forest. In the first 24 hours, the fire grew to 828 acres. The afternoon before our flight I received an alert that Yosemite was under mandatory evacuation and the park was closing until further notice. We were flying into the unknown. After months of planning our perfect adventure, it was all gone. When we landed in California the fire had grown to cover 3,054 acres. Our plan was to go to the cabin we reserved outside of Yosemite, regroup, and look for a new ceremony location in a nearby and open park or national forest. When we arrived to the cabin it was like something out of a horror movie. The smoke in the air made the sun appear red, and ash was falling around us. We had to make a quick decision to evacuate and drove to Oakhurst, California to grab dinner and come up with a new plan. We called our amazing florist, The Enchanted Florist, and she came in after hours to create my bouquet and Tim’s Boutonnière – days before originally planned – so we could take it with us to our new destination.

This is when I want to brag on our miracle weaving photographer, Amber, of Adventure Instead. Nothing you are about to read would have been possible without her. When we made the decision to evacuate from south of Yosemite, she had just landed in California. When we called her, she pulled over and immediately began researching places away from the smoke and fires that we could be married. When I say she worked miracles, I mean it. She sent maps, hiking travels, ceremony locations, and photos of it all within minutes so we could find a place that was perfect for us.

Flowers and wedding dress in my lap we headed to the misty coast line of Highway 1 and Big Sur. Since it was already late we chose to cut the drive in half and spend the night in Fresno. The airport hotel we stayed in was the headquarters for the amazing group of Firemen. Ferguson was particularly hard to fight because the terrain was difficult to reach, so much of the fighting was from the sky.

After a full morning of driving we arrived in Monterey, California. Due to the large numbers of fires effecting the state, hotels were hard to come by but we had the incredible luck of staying at the beautiful Hyatt Regency Hotel & Spa at the Del Monte Golf Course – the oldest golf course west of the Mississippi. Around 4:00 p.m. the day before our wedding, Amber picked us up and took us up and down the coast in search of a new ceremony location, taking photos all along the way. By sunset we found the perfect spot: 36°28’08.5”N 121°56’00.4”W

That night we held our version of a rehearsal dinner at the Sardine Factory, and it was truly magical; complete with a wine list of over 12,000 bottles and ice swan sculptures used as bowls for blood orange sorbet.

The next morning we woke up before the sun to begin getting ready. It was actually happening! I was going marry my best friend. My sweet little sister did my hair and makeup, and by 6:00 a.m. I was ready for my first look with my groom. We saw each other for the first time under an old tree on the Del Monte Golf Course. After tons of happy tears we headed down the coast to start our morning with coffee on the beach. Coffee dates are a big part of our relationship. For months before we starting dating, Tim and I would grab coffee after school and spill out our hearts to one another. Now we were sharing coffee and on our wedding day. After the coffee warmed us from the cool, salty winds, we said vows to just each other in a field of succulents.

At 10:30 a.m. we were joined by family and friends and had our official ceremony standing on a cliff overlooking the Pacific Ocean. We were actually married!! Then we headed back to the hotel, had a brunch, and took a well deserved nap. Tim always said he wanted to take a nap on his wedding day, and he did.

We met back up with Amber that afternoon and headed to the Monterey Bay Aquarium and stayed until the bubbles overtook the view of the tank-a sign they were closed. From there we headed back to Highway 1 and found a trail that took us through the incredible hills. You would look behind you and see the California coast, then look forward and see what appeared to be the land from Jurassic Park. At sunset we sat on a rock overlooking the ocean. It was our perfect day, and we couldn’t have even tried to plan it ourselves.

This marriage was forged by fire. Each of the many unexpected turns, shaped us. We were strengthened by our struggles and triumphs of this adventure. It wasn’t easy letting go of a perfectly curated plan months in the making, but I am so glad we did. There was a plan for us so exciting and wonderful, we couldn’t have planned it ourselves. This was not where we thought we’d be married, but marriage isn’t about the place, the dress, or the flowers. Marriage is about the people.

Tim you’re my person. No matter where we are, or what plans we have, you are my person! Our wedding day was the best day of my life and we got to do exactly what we wanted to do: have sunrise coffee on the beach, give private vows in a field of succulents, go to the aquarium to see the sharks, go on a hike through the hills, and have an adventure we will never forget! Our wedding was absolutely the best day of our lives! Some of our trip was frightening, but so is life. As long as we are together, we can truly face anything, look back with smiles, and laugh. I can’t imagine going through all of that with anyone but you. Tim you are my best friend, exit buddy, and now I’m happy to officially say, MY HUSBAND!

Photos by the INCREDIBLE Adventure Instead, Amber Sovorsky 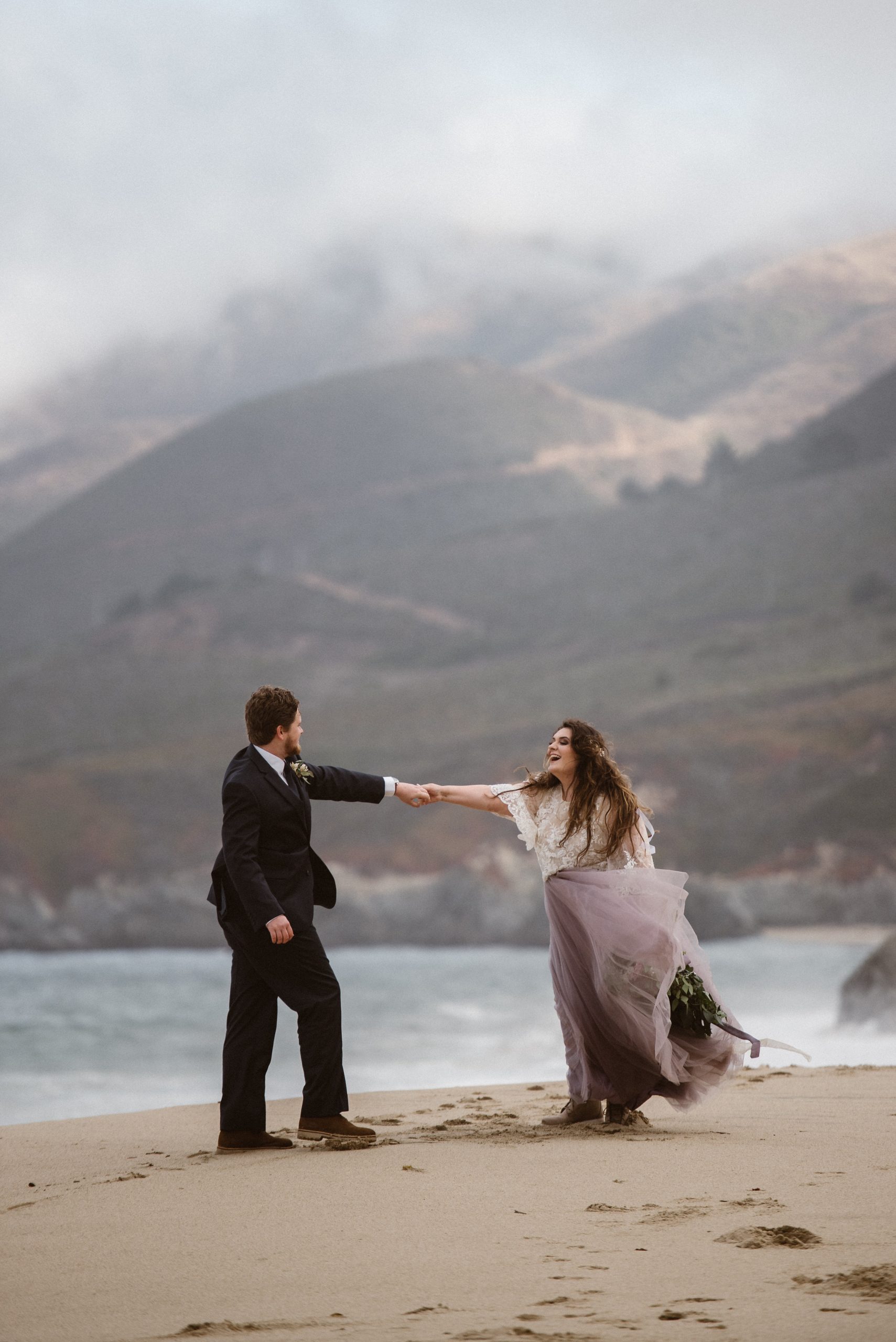 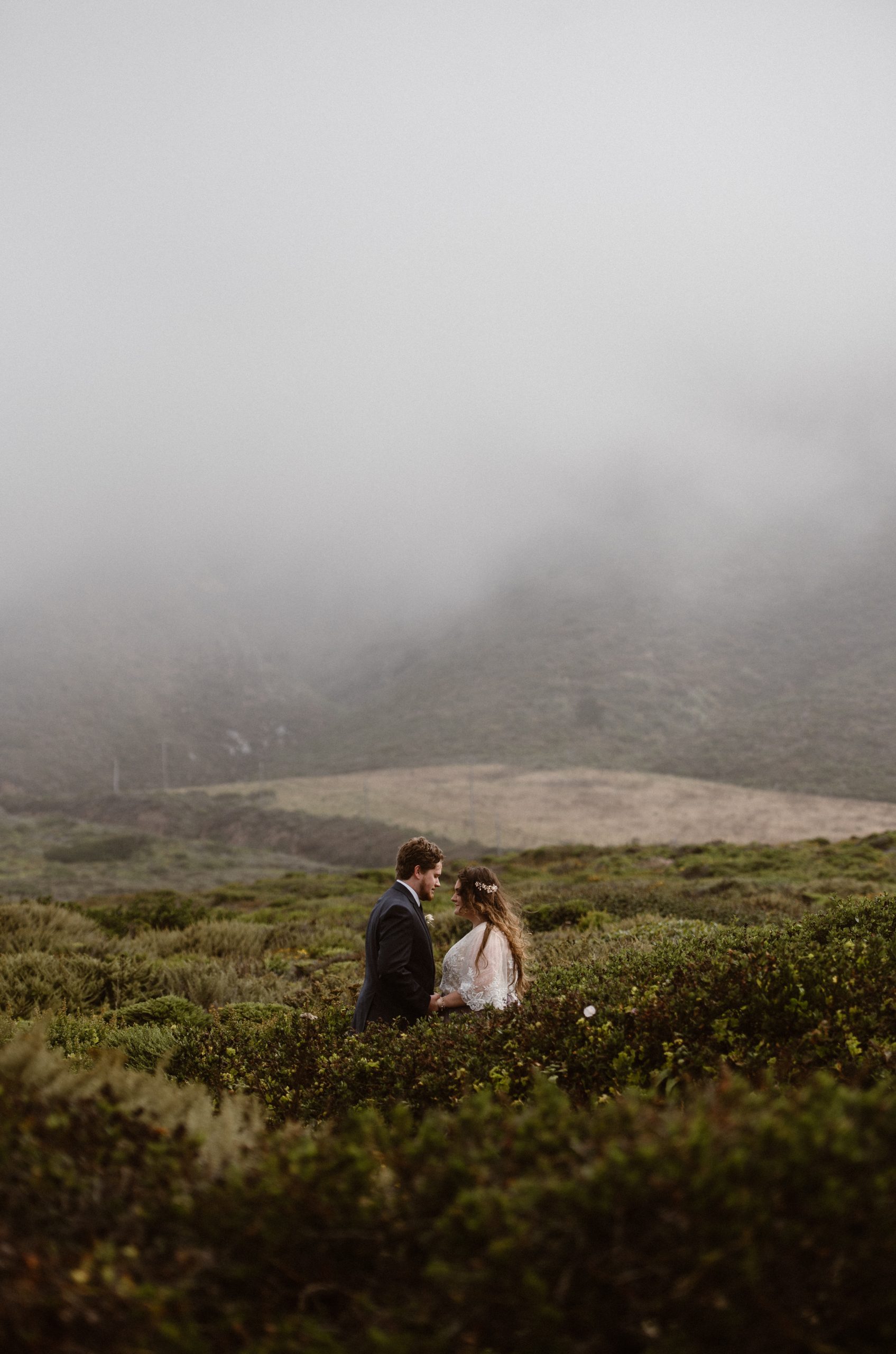